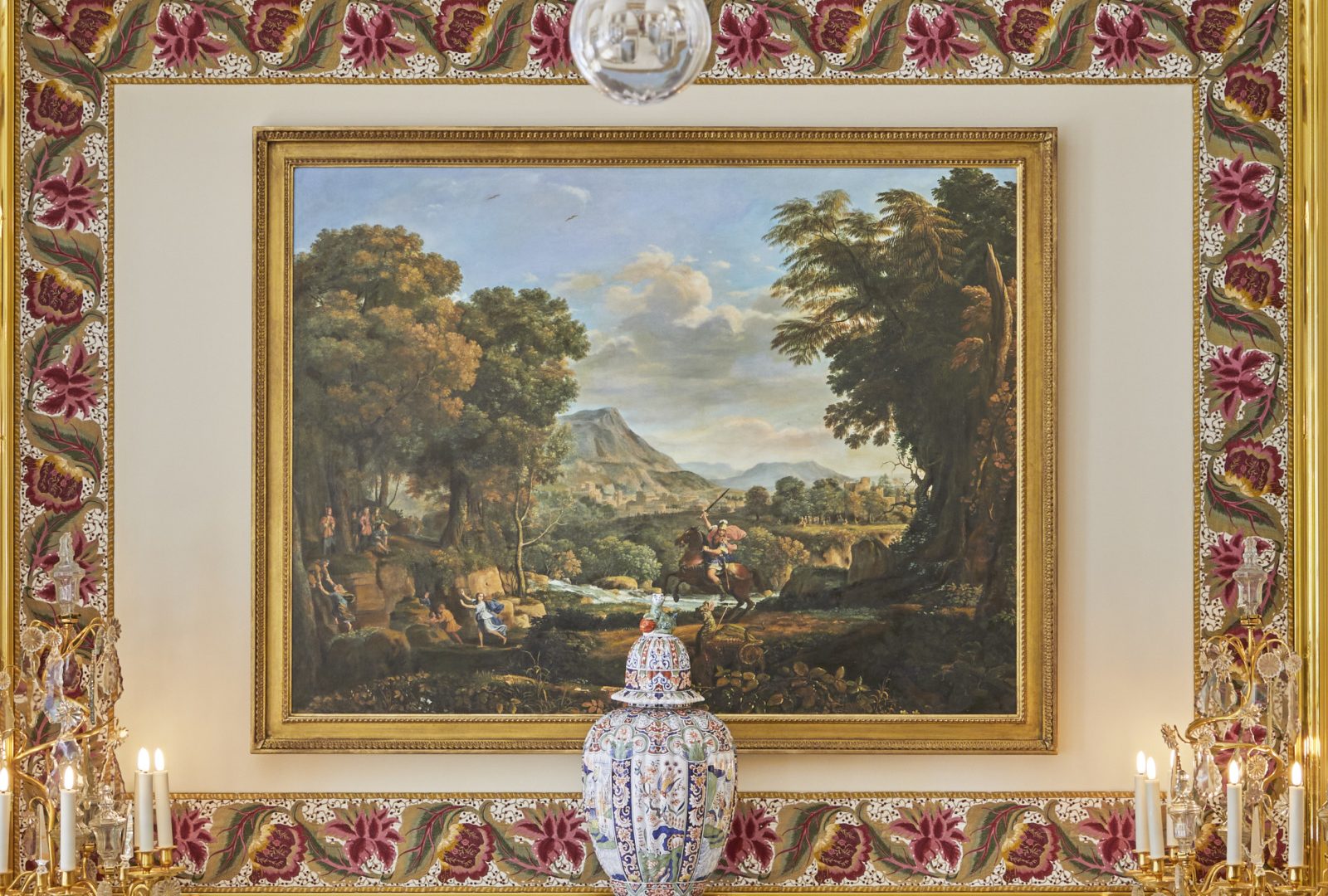 From an authentic wake-up experience to the royal feast prepared by one of the most celebrated chefs in France, the Airelles Château de Versailles, Le Grand Contrôle gives you a glimpse of the life of 18th-century French royalty in the most exclusive luxury address in all of France

The historic building is located within the luxurious grounds of the Château de Versailles itself. It’s found at the heart of the Ile-de-France region – one of France’s most historic locations.

The hotel overlooks the Orangerie gardens and offers views of King Louis XIV’s iconic palace. Le Grand Contrôle was designed by the King’s favorite architect, Jules Hardouin-Mansart who infused the building with all the panache and style of 18th-century Paris.

It was originally built for the Duke of Beauvilliers, who was a government official as well as the First Gentleman of the King’s Bedchamber (a position which gave the duke the authority to oversee the king’s servants and immediate entourage). Le Grand Contrôle was then sold to King Louis XV in 1723, who annexed it to the official domain of the Château and made it the home of its finance minister, Jacques Necker.

Though Le Grand Contrôle saw the light of day in the 1680s, the building continued to be an icon of French architecture and aesthetic throughout the centuries. Boasting an impressive stone exterior that housed a Baroque interior of marble, carvings, stucco paintings, crystal chandeliers hanging off lacunar ceilings and much more, Le Grand Contrôle would eventually fall into disrepair, though never completely abandoned.

It would be in 2016 that the building would finally find a new purpose. After an intense bidding war, the Airelles Group, a subsidiary of LOV Hotel Collection would eventually nab the contract. 4 years and $48 million later, Le Grand Contrôle came back onto the scene, boasting its former glory and much more.

The reason why the Airelles won the bid was ultimately very simple. Unlike every other group, they wanted to restore Le Grand Contrôle to how it was in the 18th-century, and make the world discover its innate beauty.

Le Grand Contrôle was painstakingly restored to its most gorgeous iteration, which was in the year 1782. This era would be the main influence of Interior Designer Christophe Tollemer, who would go through extraordinary lengths to ensure that the address maintains as much of its original beauty as possible.

The result is veritable time travel, as guests are able to step into a décor that immediately transports them to 18th-century France. The hardwood stairs, with their wrought-iron handling and gilded accents, the candelabras around every corner, the period paintings hanging off the sand-colored walls, the velvety furniture and granite tabletops contrasting the off-white and gold French walls in the common areas… the whole place feels like it was brought back from the past.

Featuring 11 rooms, 2 signature suites, and 1 apartment -each one named after an important figure or element of the Versailles court- Le Grand Contrôle invites guests to experience a stay fit for royalty itself.

Calling upon the most expert craftsmen and artisans in all of France, the endeavor of crafting the perfect accommodations at Le Grand Contrôle would see an undertaking like no other. Famous names and brands of the industry, such as Maison Pierre Frey on the fabrics and Tréca on the mattresses, and others, would collaborate to revive every inch of Le Grand Contrôle, while also delivering on the incredible comfort.

The Necker suite, for instance, features curtains with fabrics of the same design that were originally used in the 18th century, while the Marquis de Fouquet Suite features a wallpaper inspired by the monochromatic patterns on an 18th-century petticoat.

Alongside the marble fireplace, Hungarian parquet floors, floral patterned wallpapers, the rooms also feature an impressive amount of authentic period furniture, art, and artefacts that serve to make the experience so much more immersive.

Overseen by one of the most celebrated names in the history of French cuisine, the Airelles Château de Versailles, Le Grand Contrôle boasts the incredible talent of Michelin-starred Chef Alain Ducasse and his team.

Inspired not only by the classics of French cuisine that would often feature in the menu crafted by the chefs of the Court, dining at the restaurant of Le Grand Contrôle feels like dining in a completely different time period.

Though lunchtime and Afternoon Tea (which was designed by Chef Ducasse to represent the tastes of Queen Marie-Antoinette) are already impressive, it is the dinner that is the highlight of the experience.

A veritable parade of culinary arts, dinner at Airelles Château de Versailles, Le Grand Contrôle sees the lights being dimmed and candles being lit as soon as the sun sets. Within an intimate and comfortably atmospheric setting, guests are treated to what feels almost like a ballet performance. Each course is waltzed into the dining room by the staff dressed in period accurate costumes. Meanwhile, the head Sommelier would be doing the rounds, advising the guests which wine from the hotel’s cellar would best complement their dish.

To complete the exquisite experience of staying at one of the most iconic addresses in all of France, Le Grand Contrôle has called upon the savoir-faire of the famous Swiss brand Valmont.

The Spa at Versailles brings guests into an area tucked away at the heart of the hotel. Vintage red-brick walls are adorned with marble busts and retro lighting fixtures, along with a magnificent, gilded chandelier hanging just over the 15-metre pool.

Tranquil and calming, the Spa offers the intimate atmosphere of two treatment suites, the Marie-Antoinette and the Gabrielle. Guests may enjoy the menu of signature treatments and massages available, such as the Majestic Mirror – a facial especially designed by Valmont for Le Grand Contrôle, and the Sun King, a holistic treatment for the senses.

Of course, when staying at Le Grand Contrôle, Versailles itself becomes an experience altogether. That is why guests of the hotel have access to the magnificent palace itself, namely to the King’s and Queen’s apartments, which are rarely accessible to the public, and then the Hall of Mirrors. What makes these experiences even more special is that guests are able to do it when the Château is closed for the day and the public has left already, which gives the guests the chance to enjoy it all to themselves.

What we love about it:

Book your stay at Airelles Château de Versailles, Le Grand Contrôle with Lartisien! Visit the Lartisien website or contact our dedicated GEMs team who can offer any assistance with your booking. 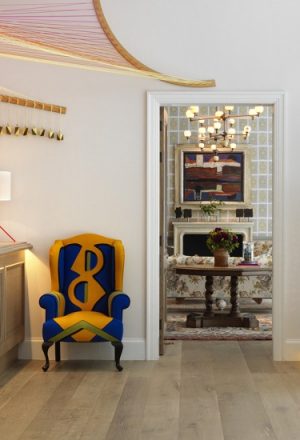 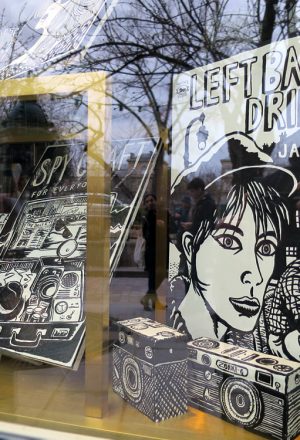 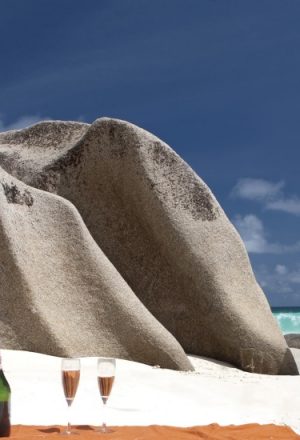 Scenes from the Indian Ocean: Our favorite paradise islands 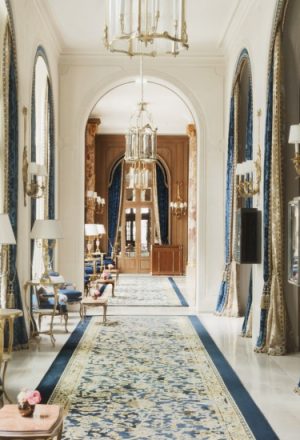 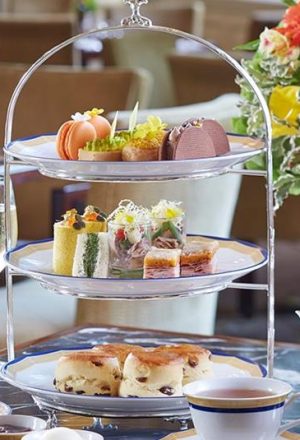 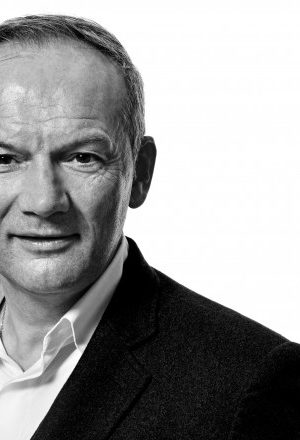 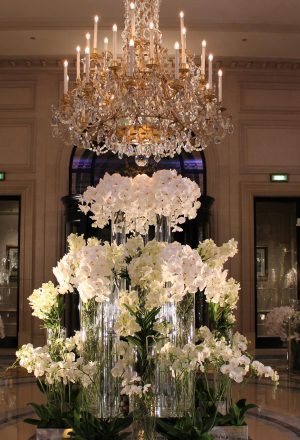 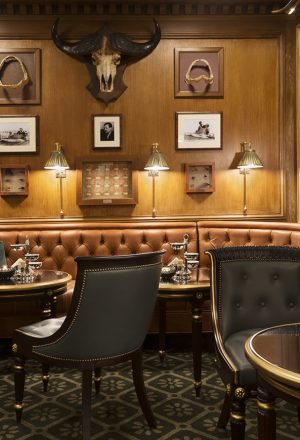 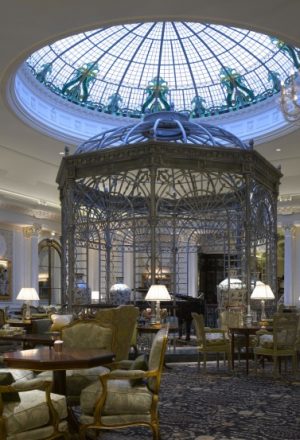