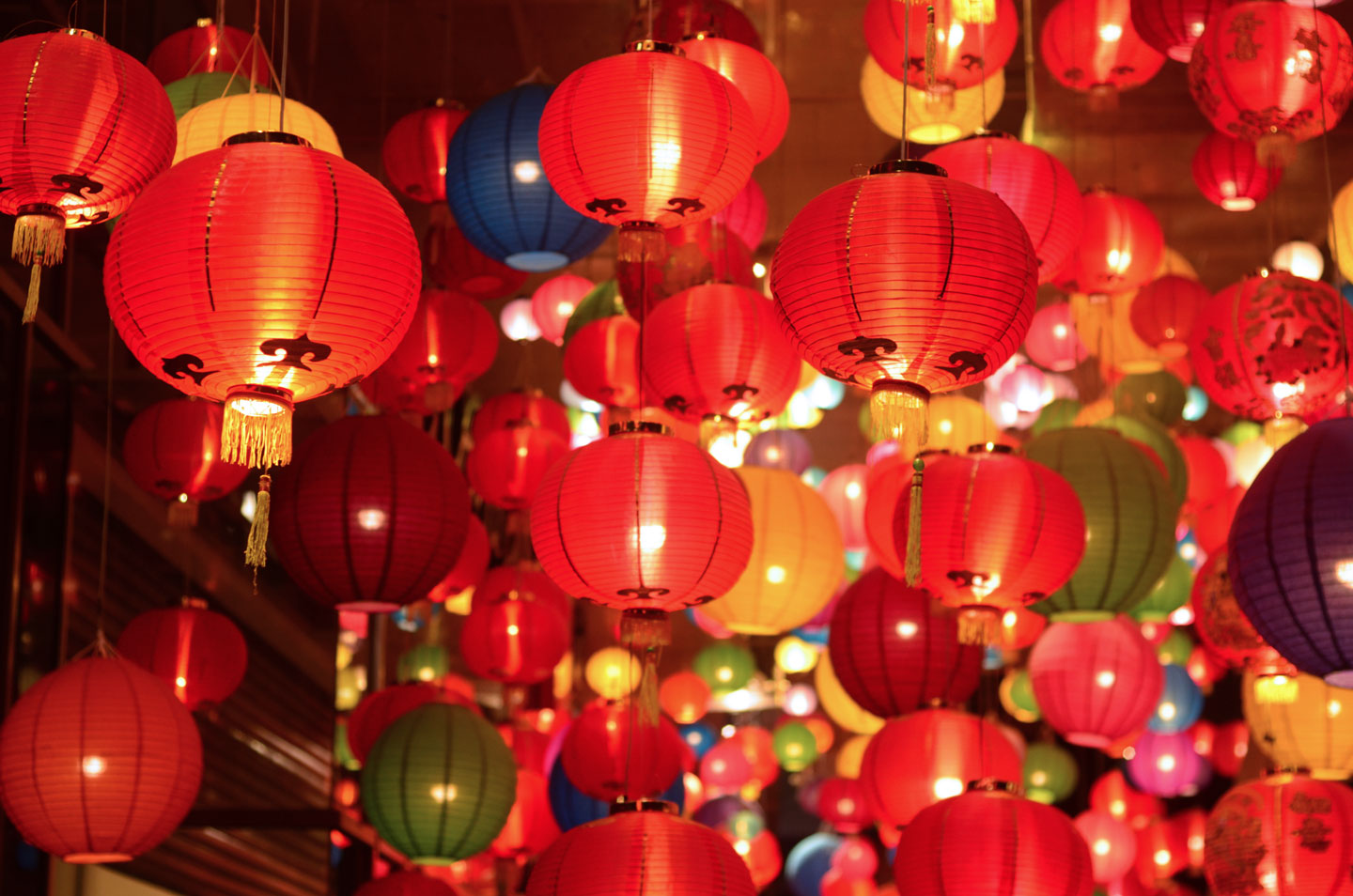 If you want a real feel of traditions that exist since the Shang Dynasty, the Spring Festival is the right time to head to China. It’s the biggest festival in the country, and marks the beginning of the Chinese New Year and spring. The streets turn festive, and everywhere you look, red lanterns and locals in gorgeous traditional attires throng the streets. The reason? It’s a popular belief that red is the color of good fortune, and scares the Nian off- A monster in Chinese mythology that devours anything and anyone on its way.

In China each town celebrates the Spring Festival in its own special way. If you’re wondering where to head, Beijing and Shanghai are two of the best places to visit for an exceptional Chinese New Year.

The capital of China is where all the celebrations started; from traditional decorations to exciting temple fairs which offer a variety of shows. You can be sure of one thing, Beijing knows how to welcome spring with pomp.

The Temple of Heaven

Ever wondered how the emperors of the Ming and Qing dynasties celebrated the first day of the year? The Temple of Heaven celebrates the day in its old glory, and goes out of its way to recreate the imperial ceremony each year. Hours of preparations and rehearsals go into re-enacting the ceremony in its authentic way, and if it were not for the thousands of visitors, it would be hard to believe that you didn’t go back in time.

The Summer Palace is famous for its massive lakes, parks and ancient Chinese-style pavilions, temples and halls and a calm atmosphere. It’s no wonder that Empress Cixi decided to make it her permanent residence. For the Chinese New Year, the palace recreates the feel of the Qing dynasty, and you’ll find dancers with sumptuous Qing garbs, acrobatic performances, the popular dragon and lion dances and mouth-watering delicacies at the food stalls.

If crowds put you off, you can attend smaller temple fairs. The celebrations may not be as grand, but you’ll experience the festival like the locals do. The Ditan Park Temple Fair is known for its imperial ceremony, and the locals even pick an “emperor” for the day. Though the ceremony is smaller, it brings you closer to authentic celebration. On the other hand, the Longtan Temple Fair draws a younger crowd, and include plenty of activities on the frozen lake. If you’re not sure which temple fair to visit, just ask any local and they’ll be happy to make a few suggestions.

You’d probably think that a quiet sanctuary in the middle of Beijing is like looking for a needle in a haystack. Yet, the moment you arrive at The Opposite House you can feel the zen atmosphere from the lobby to the rooms. It’s a refreshing change from the crowded streets.

There’s a tranquil pool too and with its mood lights, it’s inviting you to take a dip and unwind after an exciting day at the fair.

For dinner, the Jing Yaa Tang restaurant serves the best Peking duck in town. Have it with a glass of Pinot Noir for an evening well spent.

The Aman at Summer Palace gets you as close as to the royal treatment Empress Cixi would receive back in the day. The resort keeps most of the features of the palace intact and with its serene atmosphere, it’s easy to lose track of time.

Me-time at any Aman resort means soothing therapies and the spa at the Aman Summer Palace keeps up with the standards. Set across two subterranean levels, the spa’s quiet atmosphere lifts your spirits and the treatments derived from imperial traditions are just what you need to feel rejuvenated.

After your spa treatment, it’s time for an afternoon tea ceremony; an imperial ritual since ancient times. Discover a range of aromas and flavours as you try some of the finest teas China has to offer.

Just like Beijing, shows and temple fairs welcome the new year and the lantern festival marks the end of the celebrations. On the last day of the festivities, lanterns are lit at night and there’s sensational performances which showcase Shanghai’s cultural heritage.

Temple fairs are an ancient tradition in Shanghai and while the celebrations are quite similar to the ones in Beijing, each fair has its own set of traditions. For instance, at the Longhua Temple, Shanghai’s oldest temple, 108 Buddhist monks climb the pagoda and ring a gigantic bell at midnight to announce the new year while people watch eagerly. Witnessing this act feels like a privilege as you realize that the importance of the festival for the locals.

Discover the streets and The Bund

The locals take time off during the festival to visit their hometowns which are hours away from Shanghai. You’ll notice that the streets are not as busy as they usually are on any normal day. That gives you ample time to explore the city and maybe even visit The Bund. This waterfront area is an eclectic mix of architectural styles- think Gothic, neoclassical, baroque, and is home to some of Asia’s largest banks. It’s a living museum of the colonial history of the 1800s.

The Lantern Festival marks the end of the celebrations for the year and the Happy Valley Lantern Festival is one not to be missed. 100 artisans design over thousands of stunning lanterns of all shapes, sizes and colors and it’s something mesmerizing to watch in the evening. Can you picture the magic atmosphere?

The Fairmont Peace Hotel is what you would call prime real estate. The hotel offers some of the most panoramic views over the cityscape, and its elegant Art Deco design and chic rooms don’t hurt either. The Chinese Suite captures the spirit of ancient China and there’s an Imperial dragon design that adds a mythological touch to the modern interiors.

There’s a spa too and it derives its treatments from traditional Chinese healing methods and in such a peaceful and quiet setting; you’ll find it easy to reconnect with yourself.

Dinner is no ordinary affair at the Dragon Phoenix and the restaurant serves the finest Shanghainese Dim Sum that’s best enjoyed with glass of white wine.

A stay in the city’s tallest building is a treat for those who are fascinated by panoramic views and that’s just what’s in store for guests at the Park Hyatt Shanghai. Make sure you’re camera ready because you’ll want to capture shots of the glittering skyline before drifting off to sleep.

Chinese gastronomy is definitely a wonderful discovery but sometimes you may miss the taste of a good juicy steak but you can order just that at the 100 Century Avenue Restaurant which serves western, Chinese and Japanese cuisines. 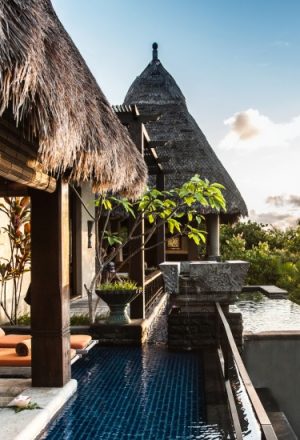 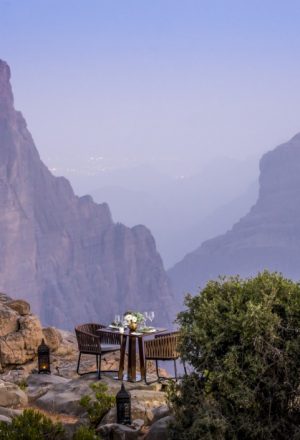 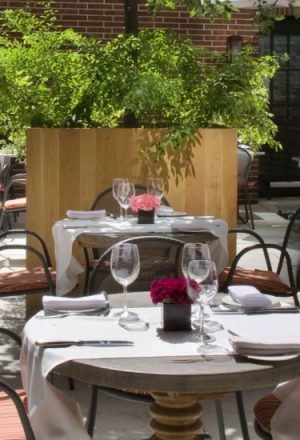 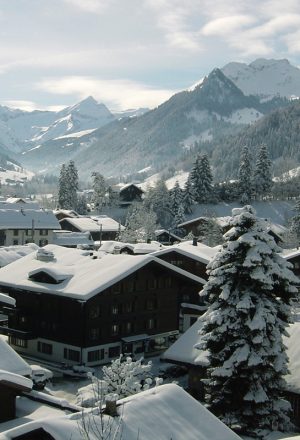 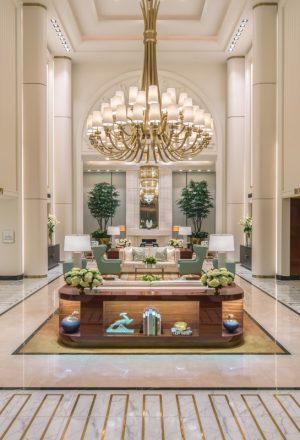 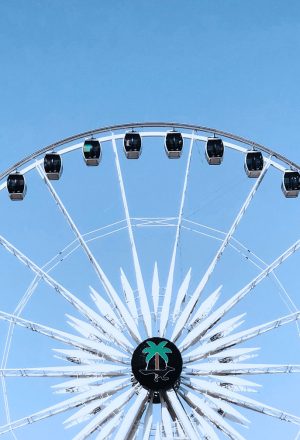 Did You Know? Coachella Kicks Off in the California Desert This Weekend… 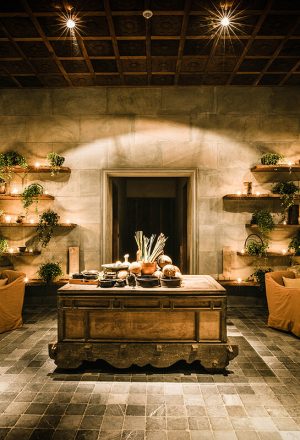 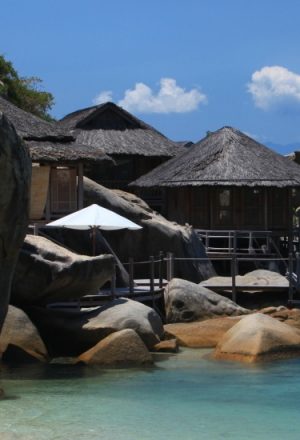